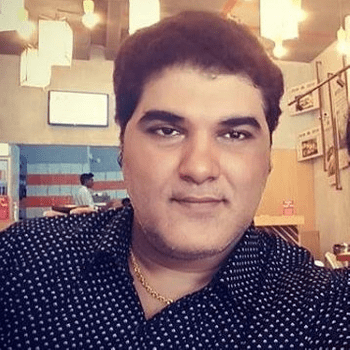 Data Maverick on the loose!

Q3FY22 Results Season Off to a Start!

Will keep sharing Q3 Results on a fortnightly basis.

Liked by Vanshika Singh and 2 others

I shared the first set of 63 companies in my earlier post. Sharing the rest 162 companies here:

Next post will be at the end of the month, with the continuation of best results.

Liked by George Roper and 4 others

Only 240 companies have declared their Q4 Results till 04th May.

Sharing a collation of Nifty 50 Companies, and companies from Nifty IT and Nifty FMCG indices.

As many investors and traders might be aware, the Q4 results reason started and is already a month into it. 196 companies have declared their results in April and of them, 63 companies have given excellent results - in net sales and PAT - both on YoY and QoQ basis.

Here are those 63 companies.

If any community member want any specific company's detailed results, I would be happy to share them.

Liked by Sushma Jejurkar and 1 other

Based on the companies which have announced their Q4 FY21 results today, I have collated the YoY and QoQ changes in net sales and profits for a quick look.

If community members find this snapshot useful, I would be happy to provide such a collated effort daily.

Liked by George Roper and 4 others

The 4th quarter FY21 results season has started and companies have just started declaring their results. Sharing a snap shot of the change in net sales and profits on a year on year as well as quarter on quarter basis for Companies which have declared results till date.

Liked by George Roper and 2 others

Its been a year since the stock market crash of 2020 and a good time to look at some of the gainers and losers, as well as the various companies which are part of some well known promoter groups.

But first, lets start with the various Nifty Indices.

Then, 1 yr of stock market - some large gainers & some losers. A look at the top 10 and bottom 10 companies: - sorted by returns % alone - sorted by current market cap.

Also, top 100 companies by market cap and their 1 year performance.

Top and bottom performers from various Nifty Indices in the last 1 yr.

Liked by SAMMIR PALAN and 1 other

Snapping six straight sessions of gains, Nifty ended lower on Tuesday on the back of profit booking. Market made a positive start, as traders took support with Finance Minister Nirmala Sitharaman’s statement that the government is taking steps to carefully monitor the fiscal deficit, which is estimated at 9.5 percent of the Gross domestic product (GDP) for the current financial year.

She said the 'mool mantra' now is that fiscal deficit is something that one cannot escape, but at the same time, it needs to be carefully tackled. Further, market added more gains after European Union stated that its first high-level dialogue on trade with India saw interest by both sides in resuming negotiations for an ambitious, comprehensive and mutually beneficial trade and investment pact once their respective approaches and positions are ‘close enough’.

Index maintained its positive trend, as private report stated that India will make up the biggest share of energy demand growth at 25 percent over the next two decades, as it overtakes the European Union as the world's third-biggest energy consumer by 2030. However, in last leg of trade, market dragged lower to end the session in red zone.

Most of the sectoral indices ended in red except Bank, PVT Bank and Financial services. The top gainers from the F&O segment were Tata Chemical, Indus Tower and SBI Life Insurance. On the other hand, the top losers were Balkrishna Industries, Torrent Pharmaceuticals and IOC. In the index option segment, maximum OI continues to be seen in the 14100 - 16000 calls and 13,700 - 14,500 puts indicating this is the trading range expectation.

From the most active contracts,

Liked by Maniram Jayanthi and 1 other

S&P CNX -- Nifty-- continued its gaining momentum for the sixth day and ended the day’s trade at fresh closing highs. Market made a positive start with Economic Affairs Secretary Tarun Bajaj’s statement that the government is sticking to the target of becoming a $5 trillion economy by 2024-25 and emphasis on infrastructure sector and other initiatives taken in Budget 2021-22 are aimed at achieving the goal. Further, market added gains to trade fine- fettle, as traders found support with Expenditure Secretary T V Somanathan’s statement that the government is confident of lowering the fiscal deficit to 4.5 per cent of GDP by 2025-26 fiscal, considering a nominal GDP growth of 10 per cent every year.

Sentiments remained upbeat, as foreign portfolio investors (FPIs) remained net buyers to the tune of Rs 12,266 crore in the Indian market in the first five trading sessions of February, as positive sentiment post-Union Budget 2021 sparked a rally in investment.

In late afternoon session, market touched its intraday high point, after the Reserve Bank of India (RBI) has decided to conduct purchase of Government securities under Open Market Operations (OMO) for an aggregate amount of Rs 20,000 crore on February 10, 2021. Finally, nifty ended the session above 15100 mark, as Finance Minister Nirmala Sitharaman said the government will work with the Reserve Bank for execution of the bank privatisation plan announced in the budget. She also said that the government has no plan to form any bank investment company to house the government stakes in banks.

Most of the sectoral indices ended in green except FMGC and PSU Bank. The top gainers from the F&O segment were CONCOR, M&M and Ramco Cement. On the other hand, the top losers were BHEL, Indus Tower and PNB. In the index option segment, maximum OI continues to be seen in the 14100 - 16000 calls and 13,700 - 14,500 puts indicating this is the trading range expectation.

From the most active contracts,